That which has been promised, is delivered.
Yeah, it took a bit longer than I had anticipated but it's done. Now I'm off to work on Saturday's installment, I mean...not right this second...but soon. Hope you guys are liking the comic. I still like it, but....
News...um...not much really. As you have probably already noticed, I updated the Fan Art page and would like to extend an apology to one G.L. Gillen author of SQUID NINJA. Why? Because he gave me this awesome fan art awhile back (when I hit #100) and I have only just added it to the page. I would also like to extend a special thank-you to Stuart Packrell who has given me the most awesome guest-comic that I have as of yet been unable to run.
As a note: I love to get guest comics and feel a deep regret that I am unable to use them all. I know I haven't updated much historically, but I feel if I only add filler then I won't even TRY to update on my own. However, I'm thinking of adding a special page to the fan-art section where you can just see them all at once.
Oh yeah, and the forums are down. Not that anyone here really uses it. But it'll hopefully be back up soon.
Two other items of note: I was going to post photos of my room and the bar that was finished being rennovated recently, but Photobucket has apparently been taken over by a conglomorate or something cause now my pics are taking forever to load. You'll have to wait until Saturday...for the bar pictures. This, however, is my room. 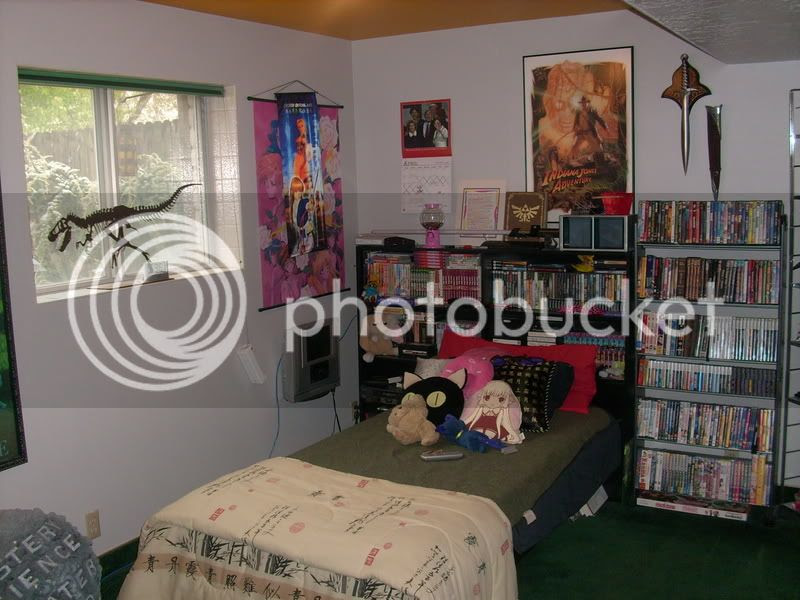 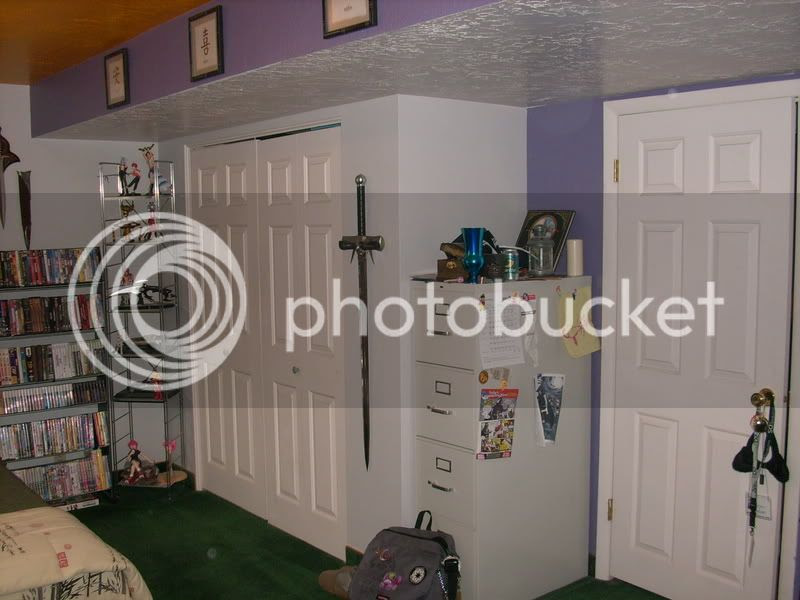 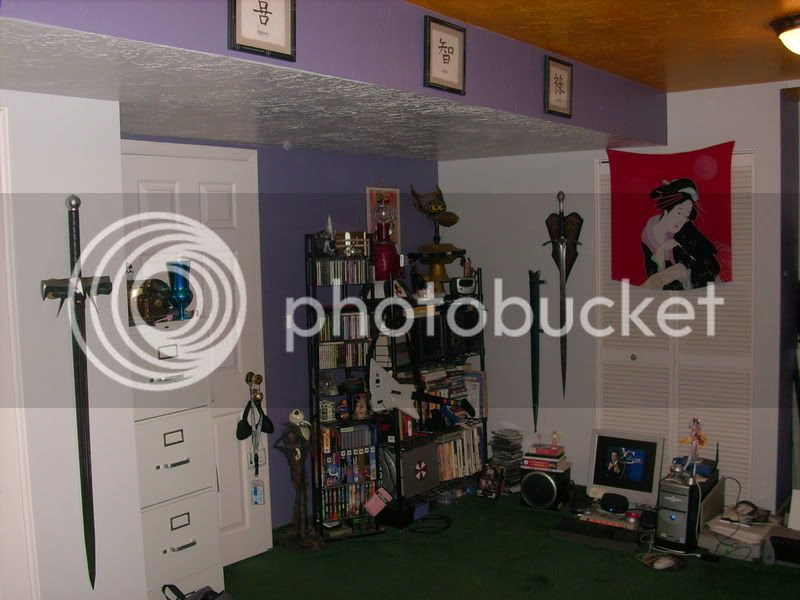 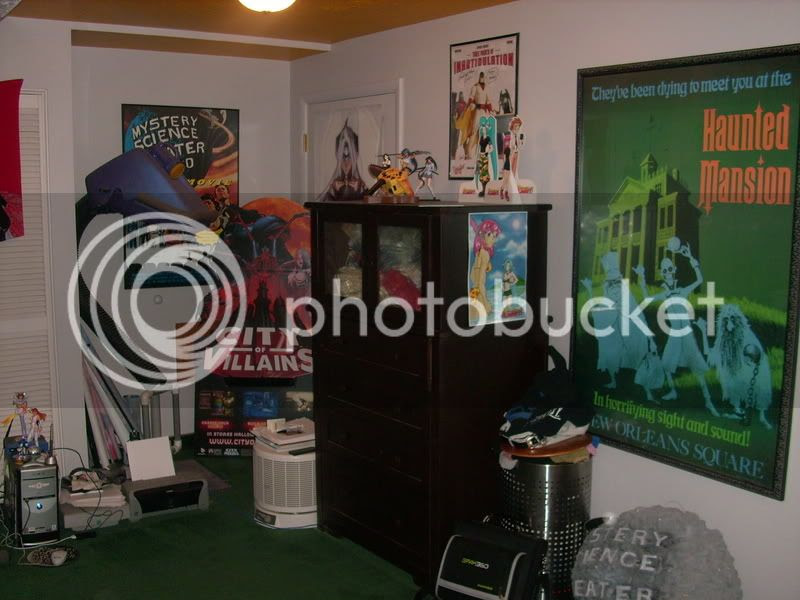 Lastly...I did something I promised myself I'd never do again. I bought a Pokemon game. Pokemon Pearl for the Nintendo DS specifically. So far, I'm really enjoying it, but I'm not sure how much into the breeding and stuff I'll get. All I can say is that if I can port my Mew on over to it, it'll be worth it.

"I couldn't concentrate on the movie cause'a all the noise from his Please-Keep-Me-Alive machine."
-Lovez, Ayame
Posted by Ayame N. at 1:06 AM No comments:

There's no update for today for two reasons. The first is that I spent the weekend being a ZOMBIE in a TV pilot: "The Rising". That took up quite a bit of time...like a full day which otherwise would have been spent in the pursuit of comic nirvana. Please keep checking up on this show cause if it gets picked up, that would be like totally awesome.

The other reason is that I updated again...in a big way. Not only did I get a new comic up, there is a new picture in the gallery (which I love VERY MUCH) that the wallpaper gift is based off of. I wanted everyone to see that I had updated before I get rolling again.

Also, I'm updating the CAST page, the LINKS page, and the FAN ART page. Those should be done by this weekend with the possible exception of the LINKS page which I am not sure about changing yet. Also, for those of you wondering, the Wii specific page has been put on hold for now because for some reason it's been interfering with normal updates. Also, thanks to the Wii's new and improved browser, it's not really a necessity anymore.

Well, that's all for now. Check back on Saturday for more Newscast funnery.

I'm really tired tonight so this'll be quick. New comic is up. Hope you enjoy it. Uh, there's also a wallpaper gift based on this. Check it out, comment, etc. You can thank Tay for the wallpaper cause he's the one who asked for it.

"In the 30's people responded well to authoratative disembodied voices."