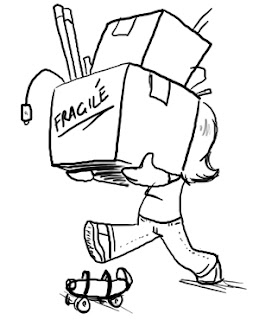 I bet you're surprised that I updated eh? Well, me too. I just started working on it and well, after my 463rd try to log into ComicGenesis I was able to gain access and the rest is history.

I like this page. I incorperated some of what I am learning in school and I think the benefit is clear. Of course, it could be just because I dislike the previous page so much. Yeah, I bet that's it.

Otherwise, I suppose the story keeps going. We're almost to the end of Chapter 2 now, which means a new story arc is on the way, and (God willing) it will be even better than this one. Perhaps even...enjoyable.

I am going to attempt to get back Katie Azbill who was so kind as to do the cover art for the first two Newscast books to come back with a third for us. She's rediculously talented, and I can't imagine anyone else doing the covers. So cross your fingers Newscastians (and maybe send her a note telling her how awesome she is).

I also have uploaded another pic this time. I liked the Mass Effect one a lot. Maybe this will become a trend (don't worry, I do them after the comic is done and they take about a minute with my tablet).

As you may have inferred from said pic, I will soon be moving once again. Long story short, Rock Band and the French got me and my roommates evicted from our apartment. All is not lost, however, we are moving to another apartment nearby which is larger. This, however, does impact you because we are moving next Friday and Saturday which means -you guessed it- no update unless I manage to get REALLY lucky. I'll try and get something up though...I have no idea WHAT, but I'll see what I can manage.

Of course, all this hinges on the fact that my roommates WANT me to move with them, which is something I have been unable to clarify thusfar. Stay tuned.

My game playing is pretty much done until Smash Bros Brawl comes out. I will be posting my friend code on here and I encourage anyone who is getting the game to send their friend code to me so we can play head-to-head. Which reminds me, if you have Guitar Hero 3 on the Wii, send me your friend code also.

Huh. Well I guess that about wraps this up. Until next time, remember to keep your TiVo tuned to Newscast.

"He kept LIVING when he was supposed to die...I had to kill
him like SIX times. In fact, he SUCKED at dying!"